Mum Tips
Home Parenting Family Ties – 5 Things We Can Learn From Other Cultures About... 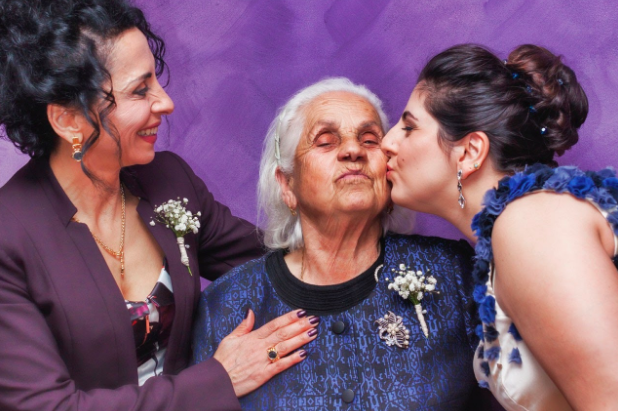 Ageing and death are understood in vastly different ways throughout the world. The culture you live in will have a powerful impact on your experience of getting older. In many parts of the world, the elderly are venerated and treated with special care and respect. In the West, meanwhile, we’re youth has been fetishised and age is viewed as something to be ashamed about, many old folks are lucky if they’re treated to a good nursing home with basic comforts, decent food, aged care physiotherapy and other essentials.

If you’d like to expand your horizons beyond the status-quo in your country, the following four nations and their aged-care practices are a good place to start:

Many Indians still live in multi-generational family units, with the elders being the respected heads of the home. Grandparents support their children and grandchildren, offering care, wisdom, and valuable advice. They calm family conflicts, settle disputes and pass down important religious and social traditions. While the Western world stigmatises ageing to such a degree that people lie about being younger, in India, there’s far more shame in sending your elderly parents to a nursing home.

In Japan, like in India, you will often find multiple generations living under one roof. Kids are taught to love and respect their grandparents. The general sense of kindness in the culture is one of many reasons why life expectancy is so high in Japan.

Japanese people aren’t just living longer, they’re also living happier, healthier lives in their old age. Researchers have attributed this to a strong sense of community, close connections with family, and a generally healthy lifestyle filled with exercise and a low-fat, minimally-processed diet.

Norwegians are known for their straightforward approach to social programs and community support. This is nowhere more evident than in their care for the elderly. The overarching goal driving their initiatives is to allow people to maintain their independence for as long as possible, with technology now acting as the driving force. In addition to high-tech support, Norway offers an impressive pension scheme while simultaneously working to ensure senior employees are able to keep their jobs as long as they want to.

4. Bridging the generation gap in The Netherlands

The Netherlands has one of the most adorable and valuable programs ever devised – they’ve introduced facilities that combine an aged care home with a preschool and nursery, allowing the oldest and youngest generations to spend time together. While the seniors and the kids get direct benefits from this, the goodness also ripples out into society at large, fostering a strong sense of connection in the community.

In China, it is illegal for children to ignore their elderly parents. The Elderly Rights Law requires regular visits and an appropriate level of care. While Westerners often baulk at this idea, in China, it is seen as a repayment of the massive investment parents make in raising a child. Of course, the state benefits from not having to direct so many funds into an aged-care system.

While legislating visits to elderly relatives may seem extreme to you, there is still so much to be learned from these cultures in which the value of older people isn’t overlooked. What are you doing for the old people in your life? Could you be more connected? Doing so will improve life for you, for them, and for the society you live in.

Kitchen Capers – 4 Fun Ways To Get Kids Involved In Cooking

What You Can Do To Help Your Kids Grow In Confidence

How To Care For Your Baby’s Teeth

Who to call if your baby is sick overnight

So easy, so good, Homemade Hummus

How To Host A Memorable Party For Your Children

Shaking Off The Tired And Sleep Look

10 TIPS FOR SURVIVING YOUR FIRST 2 WEEKS WITH A NEWBORN

How much sleep and awake time should your baby have?

The idea here, is to bring you a collection of the most interesting articles from around the massive online world, so you can come to just one place and find tips, tools and inspiration in just one place.
© © 2019 mumtips.com.au | All Rights Reserved
MORE STORIES
Parenting

Advice For Parents Of A Disabled Child

Monica B - February 20, 2019
0
It's very scary for parents to learn that their child has a disability. Raising a child is already daunting enough, especially if it’s your...