Mum Tips
Home A dose of Reality Don’t overthink it and drink lots of wine: How to deal with... 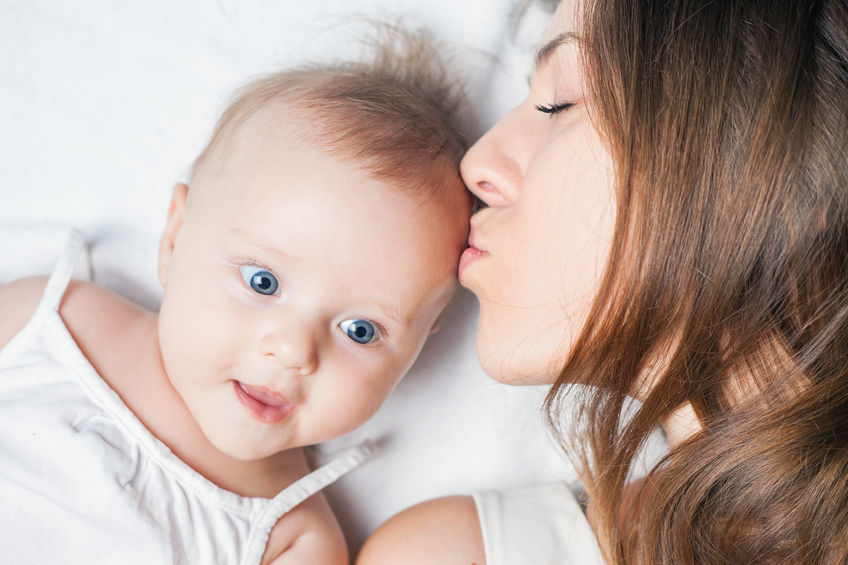 In all my time as a mother (approximately 200 days. I know right? I’m a pro) there is no issue more contentious, more harrowing, more devastating than sleep. Or rather lack of sleep.

Thoughts about sleep take up about 73% of my brain capacity on a good day. I have a beautiful little boy with big blue eyes that never close. He’s a chronic cat-napper during the day and wakes a minimum of 3 times a night. MINIMUM. Often described as “alert,” a word that currently makes me seethe with rage, the kid came out of me with his eyes open and hasn’t slept since. Even in those first few days and weeks when everyone talks about babies just being blobs, they only eat and sleep, blah blah blah – STOP. Just no. My baby has never slept.

For the last 6 months, thoughts of sleep have been consuming me. Most days it’s a fight to get him to succumb to slumber. The things that used to work, don’t work anymore. Rocking, patting, shushing, singing, smooshing my face right up against his so both of us can barely breath (usually a failsafe) just don’t work. He cries and screams and whines until I pick him up, and then he laughs his victory giggle and mumma knows she’s losing the war. I know I’m not alone in this. Parents of new babies everywhere are pulling their hair out (literally – I’m almost bald) trying to figure out how to get them to sleep. All of us desperate to find a magic solution that will not only help our babies get to sleep, but stay asleep for longer than 40 minutes (or one sleep cycle.) Because when they don’t sleep they are tired, cranky and resemble tiny Satan. And no one likes tiny Satan.

A true nerd at heart, I always turn to books to help me through troubling times. There are hundreds of “experts” who believe they can train your baby to sleep through 12 hours a night – and in my sleep-deprived state, hell, they sounded like my kind of people. So I spent a small fortune on the entire parenting section from Angus & Robertson and lugged them home to study, confident that surely one of these manuals would solve our sleep “problem.” Goblet of wine in hand, I got ready to learn some knowledge.

All of these experts claim to have the answers, but they all have VERY different ideas about how to help your baby sleep. Most of them 100% guarantee their routine/system/approach works; and if it doesn’t, you’re doing it wrong. Because Mothers Guilt. I read them all. The sleep training methods, the routines, the reasons why my baby doesn’t sleep through the night and what I needed to do to fix it. Elbow deep in conflicting advice telling me to let my baby cry, pick him up, put him down, stop night feeds, comfort him, remove any sleep aids, introduce new sleep aids, have a nighttime ritual, attempt to resettle at every nap, don’t make eye contact and under no circumstances DO YOU EVER FEED YOUR BABY TO SLEEP EVER. The list is endless. No wonder new parents are so overwhelmed.

After opening what felt like the 100th book offering yet ANOTHER opinion on what I was doing wrong as a mother, I wanted to burn the whole lot, my internal monologue screaming “THEY CAN’T ALL BE RIGHT!” Instead of helping, most of these books made me feel even more confused than before and I was resigned to the fact that I was either going to have to let my child scream blue murder for however long it took before he “learned” to sleep or I wasn’t going to sleep for another 6 years. I wept real tears into my goblet of vino. Neither seemed like a particularly doable option for us. And I’d run out of wine. Great.

I took my son to the local community health clinic, in the hopes they could help me with some tips to get him to sleep. Everything they suggested, we were already doing. “Keep going,” the nurses said. “One day he’ll just get it.” I spoke to my GP, querying whether waking every 2-3 hours a night was normal or was I expecting too much? “Meh, what’s normal?” she said. I talked to my other mummy friends – all who were experiencing varying degrees of sleep deprivation and had little advice but lots of sympathy in the form of wine, chocolate and swearing. I soon realized that there was no answer. Because everyone is just making it up as they go and doing whatever it is that works for them in the moment.

I’m totally overthinking this whole sleep thing, like it’s some indicator of whether or not I’m a good mother. When I break it down, I wonder what it is I’m actually frustrated with. Yes I’m annoyed that I haven’t had longer than 4 hours of sleep in a row for my son’s WHOLE LIFE, but I know it won’t be forever. He’s not waking up for fun, he’s usually waking up because he’s hungry. At night he feeds and then goes straight back to sleep. In the grand scheme of things it’s a mild inconvenience, a first-world problem, though some days it literally feels like I’m dying. But why? Because it gets in the way of my “routine”? Because even though it’s biologically normal for infants to wake and feed regularly, it doesn’t really fit into the more socially acceptable 9-5 timetable most of us have going on and is therefore inconvenient? That’s really all it comes down to. I get annoyed because I want to watch a particular show/have a wine/make a phone call/sleep at the regular times; but I can’t because when my son wakes and needs me, his needs take priority over mine. And that can be frustrating.

I just think we all need to stop being so hard on ourselves. We think we need to put our babies into their cots to sleep and to feed every 4 hours and start solids at 4 months or 6 months and breastfeed until a certain age, but in reality every baby is different and is going to require different things at different times. There is no one-size fits all approach for raising children, as much as the sleep trainers would love you to believe it. And while reading most of these books was ultimately a massive waste of my time, one thing I did take from it was that as a parent “you know your baby best”… and despite my querying why I had to spend RRP$35.95 to be told that magical insight, it is true. I realize I should just trust my instincts. I figure the human race has survived this long without sleep trainers telling people what to do; our instincts must be doing something right. I just need to stop overthinking it.

And if that isn’t enough for you, then I pass on some words that a very wise friend passed onto me: If it doesn’t feel right, then it’s not right for you. Which is excellent advice for life in general, as well as all matters parenting. If it doesn’t feel right to leave your baby to cry, to fight them to sleep, to wean them off breastfeeding, then it probably isn’t right for you and that’s okay. Equally if these methods work for you and your family, go for it! I know too often I’ve been caught up in what I “should” be doing and stressing myself out instead of just enjoying the time with my baby. I find that the days when I give in and just do the unforgiveable and feed my baby to sleep are the days he’s calmest and I’m happiest. So close the books! F**k the experts! Do whatever works for you. We know our babies best.

Let us know, whats your advice for a new mum with a baby that does not sleep?

Life After Baby? What’s Next For Your Little One

How to Create a Soothing Ambience for Your Home Spa

Holidays With Kids: How to Keep Them Entertained

Sydney Fun in the Sun for Your Next Family Vacation

The Key To Creating A Healthy And Safe Home Environment

How To Make The Most Of The Summer Months

The idea here, is to bring you a collection of the most interesting articles from around the massive online world, so you can come to just one place and find tips, tools and inspiration in just one place.
© © 2019 mumtips.com.au | All Rights Reserved
MORE STORIES
A dose of Reality

So you’re ready to go back to work?