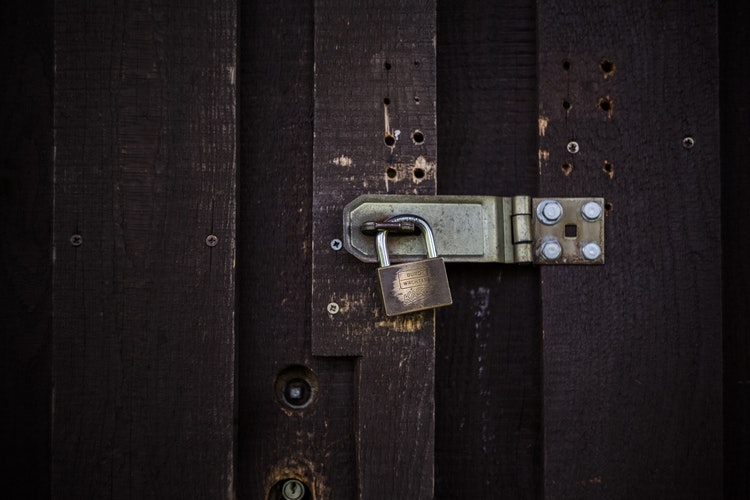 When we move into our new homes, we all want to create the most beautiful place with the loveliest atmosphere. It’s our own little project. We want to be living in comfort and contentment. In an ideal world, there would be nothing getting in the way of making our home design based on nothing other than aesthetics. Unfortunately, we live in a world where negative things happen and bad people roam.

That said, you need to protect your home from a multitude of different issues, whether it’s regarding other people, the elements, or online issues. If you’re not too sure what can be done, let’s look at a few ideas.

When the entire community bands together to stop any wrongdoing, there’s a lot more chance that crime or anything on that nature will not happen. Imagine a potential burglar picks out certain spots – is he/she going to try to rob places that have eyes everywhere? I doubt it. It may seem like a lot of work at first, but having a neighbourhood watch or something similar would help deter problems.

It’s one of the first things you think about when you become a homeowner, no doubt. If you haven’t yet, it’s probably a good idea to get home insurance. A quick internet search and you can find companies such as Phoenix Insurance Brokers that will protect against the likes of theft, fire damage, water damage and more. It’s something to think about as you can never be too careful, unfortunately.

CCTV cameras are good gadgets to get a hold of because, like the neighbourhood watch, it means there will be eyes on your home and the surrounding area – but this time there will be no human error involved. You can save footage and catch any potential criminal looking to cause trouble.

You’ll obviously have the keys to your home, but an excellent way to reinforce, say, any outside doors or the garage door would be to have an extra padlock. Some people are very good at picking locks, so if you have many layers of security, then it would be more difficult for any perp.

It sounds like a simple one, but there are homes around the world that do not have any fencing around their back garden – the driveway leads straight into it. There are other instances like private estates that aren’t blocked off – they could be an eye-opener for bad guys.

It’s another simple one, but effective. Imagine a strange person is lurking around looking for places to enter. If it’s dark out, they would be able to manoeuvre effectively. What are they going to do if they’re in the middle of breaking and entering, and an automatic light comes on? Gotcha.

Finally, the world of technology has allowed cybercrime to rise higher and higher. There are hackers around that are skilled at unlocking your private information. If you have a router, then you’ll want to secure it as much as you can – with at least a good password. Not only can people hack you, if there’s no password, then they can use your router to get up to all kinds of mischief, and you’ll be the one in the firing line.

From Surviving To Thriving – 5 Simple Steps To Reinvent Yourself Financially

Unexpected Costs: 3 Questions To Ask When Facing A Budget Break

How to organise your babies first birthday

Planning a Holiday with a Baby

A Mum’s Guide To Keeping The Kids Comfortable On Holiday

Explaining A Change In The Family To Your Children

3 Reasons Why You Should Make Gardening a Serious Hobby

3 Reasons Why You Should Make Gardening a Serious Hobby

The idea here, is to bring you a collection of the most interesting articles from around the massive online world, so you can come to just one place and find tips, tools and inspiration in just one place.
© © 2019 mumtips.com.au | All Rights Reserved
MORE STORIES
Housekeeping

From Surviving To Thriving – 5 Simple Steps To Reinvent Yourself...

Shona - October 11, 2019
0
Are you starting a business; or reinventing your career? There are many ways to change your financial status. Alongside no-interest loans for low-income earners,...